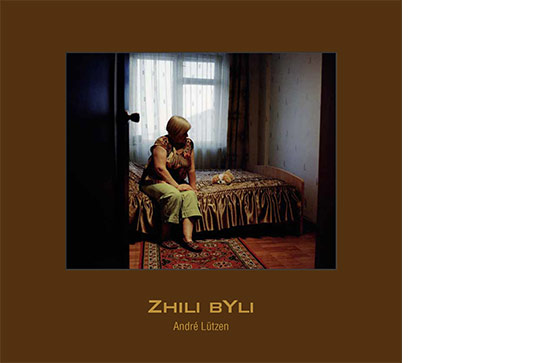 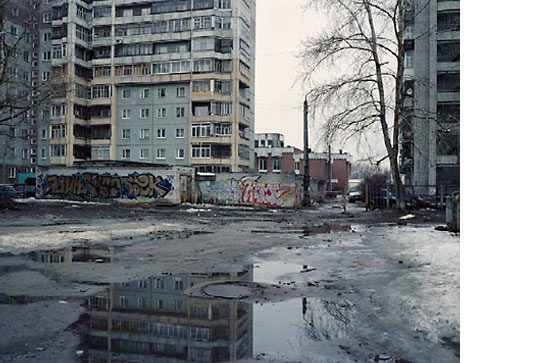 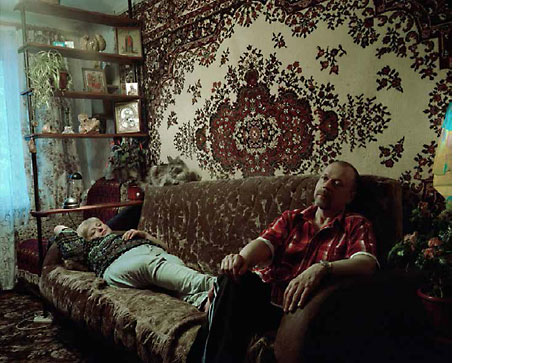 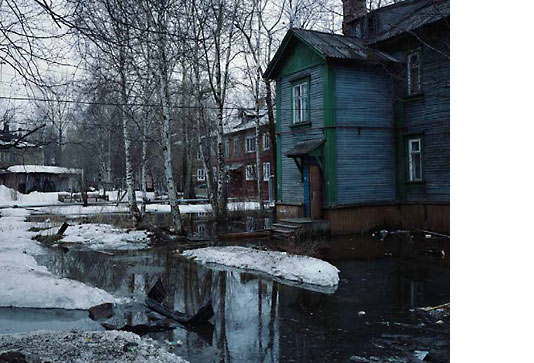 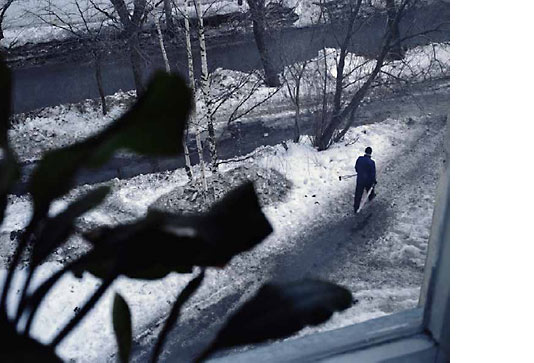 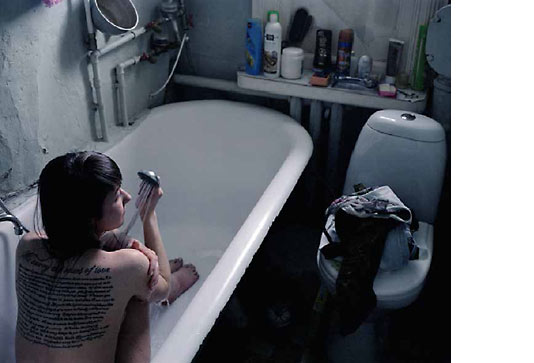 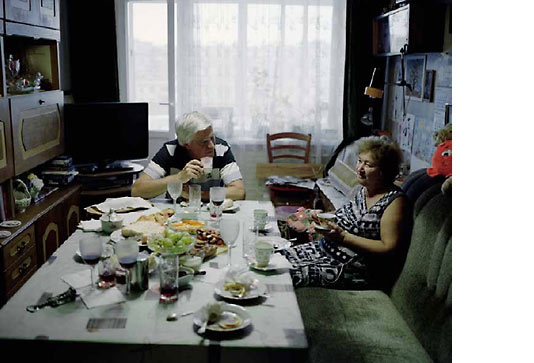 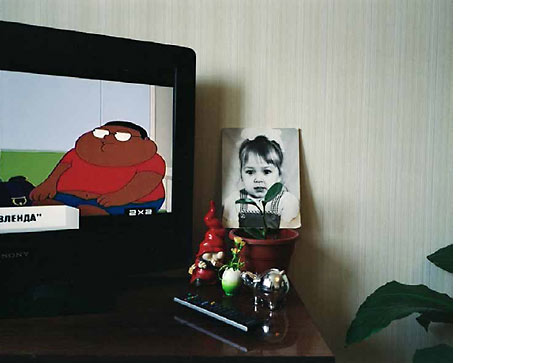 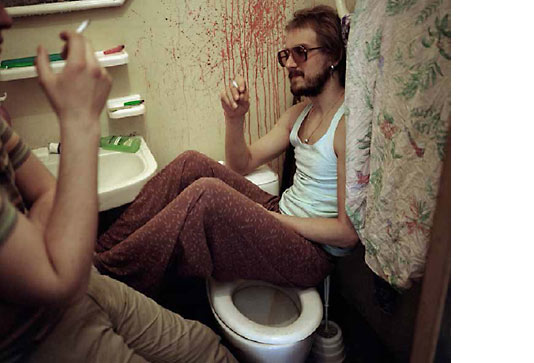 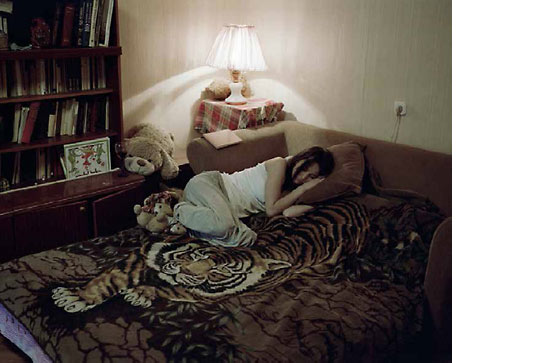 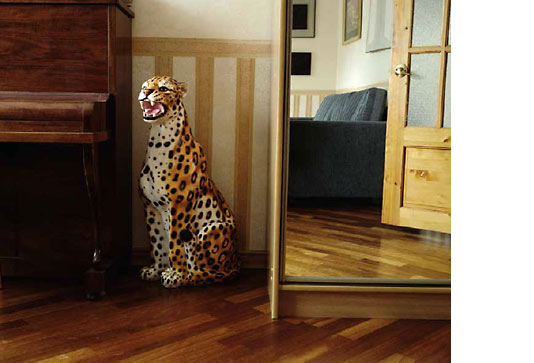 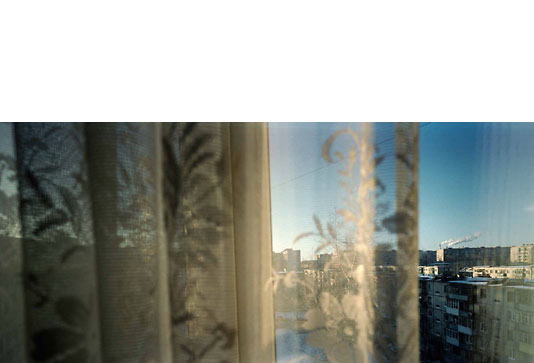 Arkhangelsk / Russia / still another 140 miles to the Arctic Circle

With these words Andre Lützen opens his book ›Zhili Byli‹ and that’s the point. The photographer traveled to the far north of Russia and has spent time in a place that is little known and hardly to be found in guidebooks.

It’s cold and wet, the river is frozen, the streets are gray, at night a lomnely lighted billboard - without advertising. People live in prefabricated or simple wooden houses, paint peels in the stairwell.

Nevertheless, people live here, the city has 350,000 inhabitants. They have established themselves in their homes, they are prepared for the long cold winter. Bedroom, living room, kitchen, bathroom. Patterned wallpaper, desk, television, piano, pictures on the wall, food on the table. The residents of Arkhangelsk have invited the photographer in their homes and he has made ​​pictures that just show just they live.

Habitat, in- and outdoors, and how people arrange themselves. Somewhere in Russia. That’s what this beautiful book is about and what makes it so exciting - just because it is so unspectacular.

In his essay ›A Journey from Nowhere to Nowhere‹ Leonid A. Klimov talks about his mixed feelings about his cold secluded native land that is still his home, even if he does not live there anymore. Mostly because of the people. 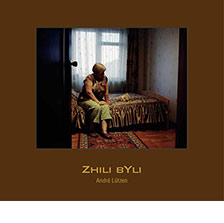