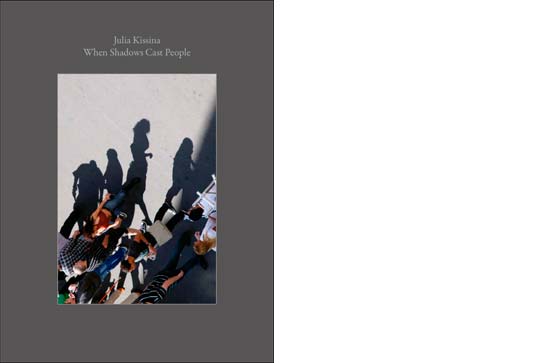 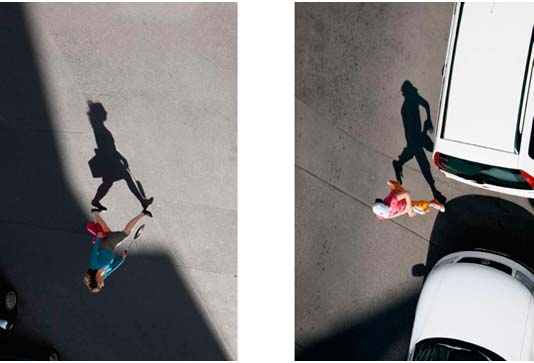 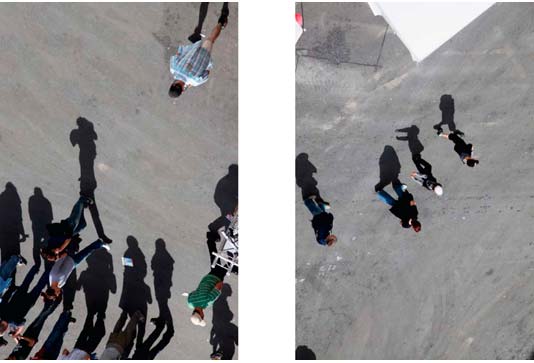 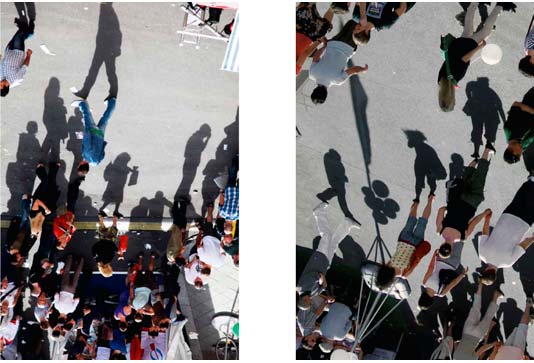 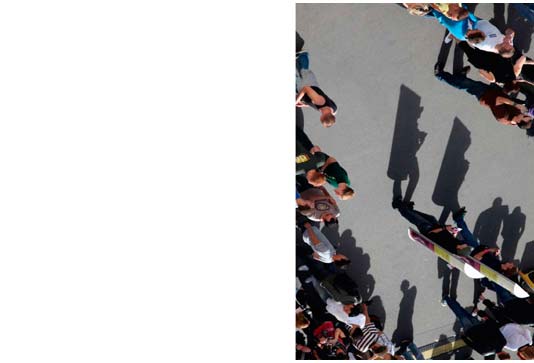 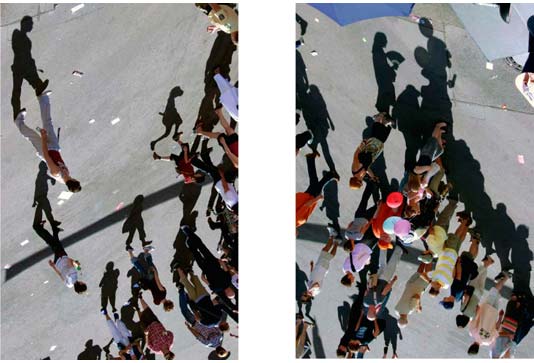 Julia Kissina’s photographs often are populated with figures, which scare us. Bodies are deforming, children develop additional arms and legs and her “freaks” seem to come from another galaxy, even when they look like people.

Now the photographer has discovered another species directly in front of her front door. In her pictures Julia Kissina creates a world in which the common visual experiences fail: There is no “up” and “down”, three-dimensional objects are perceived as flat, gravity is reversed. Like a ride on a carousel the observer loses his spatial orientation, the reeling sight directly ends up at the strange figures, which dominate the scenery.

Julia Kissina has taken the photographs of the series “When Shadows Cast People” from her balcony in Berlin in the last three years. The proportions are reversed with the help of this perspective: The shadows in her pictures have become independent from the people and perform their spectacle, in which the people only play a minor part, mostly unnoticed. Mickey Mouse, Nosferatu, Minotaurus appear just like a serial killer, a bear with a revolver or a multi-level woman …

…  and then she even saw Jimi Hendrix.

The small, clothbound and wonderfully printed book is a big pleasure with a thoughtful mood. 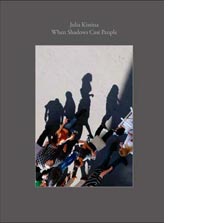