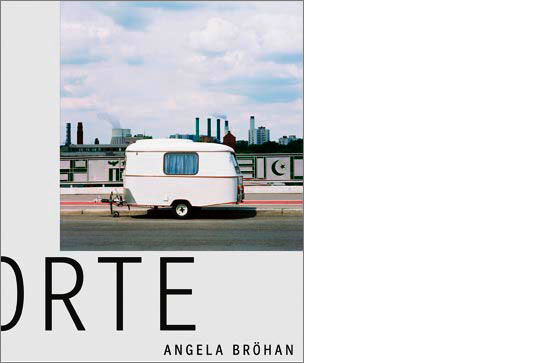 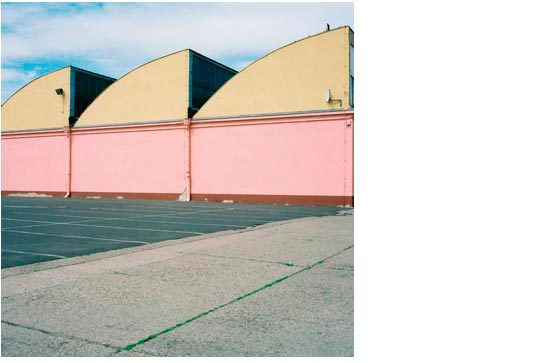 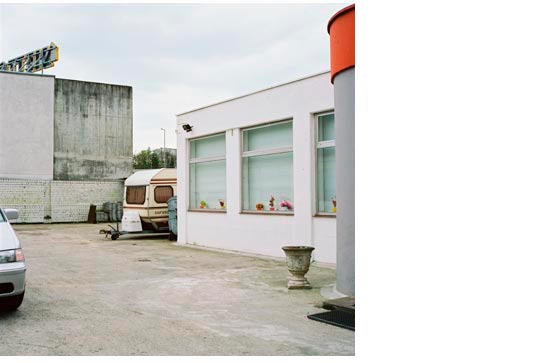 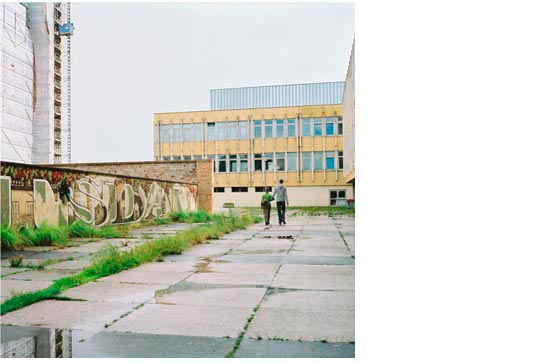 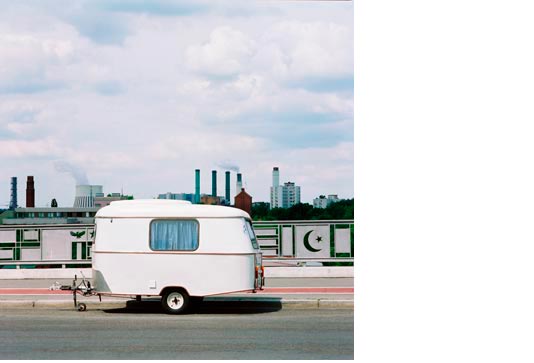 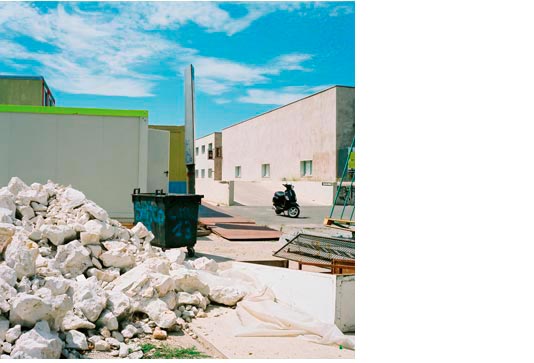 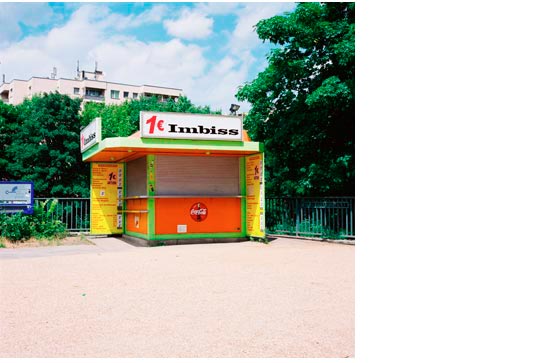 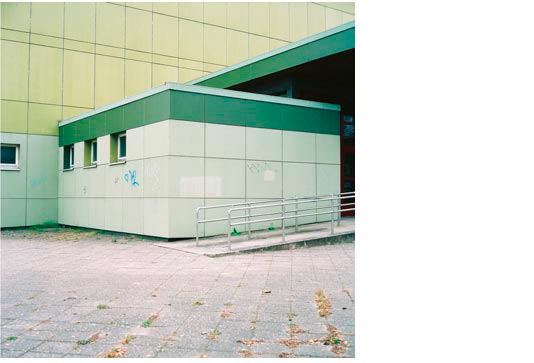 The places we see in Angela Bröhan´s photographs can not be searched or found, haunted or visited. They are real but fleeting. They are visible to those, who walk without a map and leave their usual coordinate system. Like Angela Bröhan, who turned her encounters with ensembles, perspectives and moods in the city and at its edges into pictures.

Where exactly the photographs were taken, is insignificant. A city could not be composed out of them. People are barely visible and exact functions can only be seen rarely. Thus each place maintains his autonomy in dialogue with the photographer and the viewer.

I look at the images questioning and the images ask back. So exciting, strange and odd can a city be, even the one you live in. 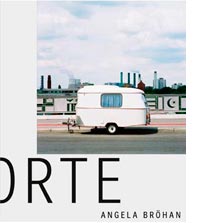