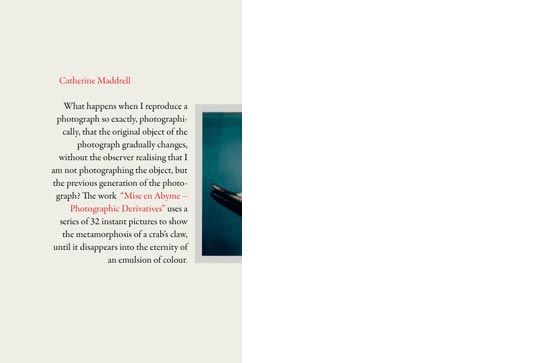 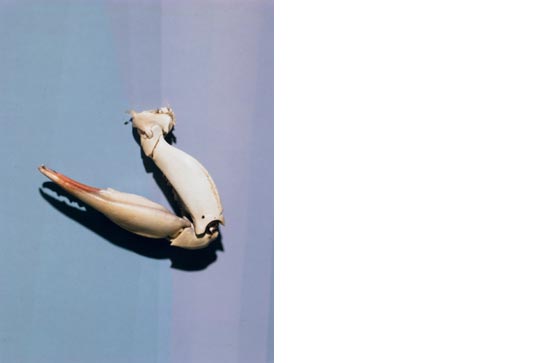 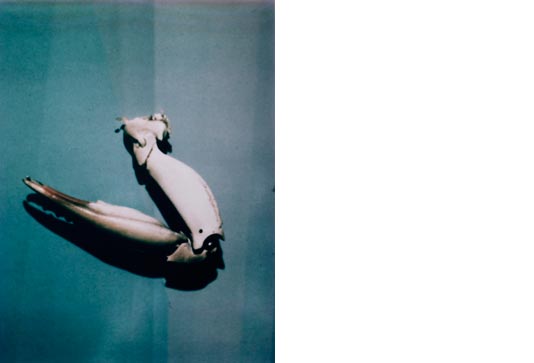 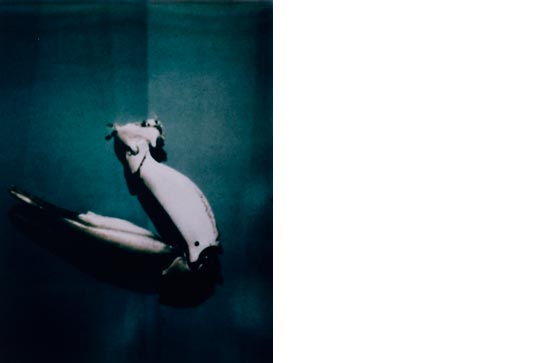 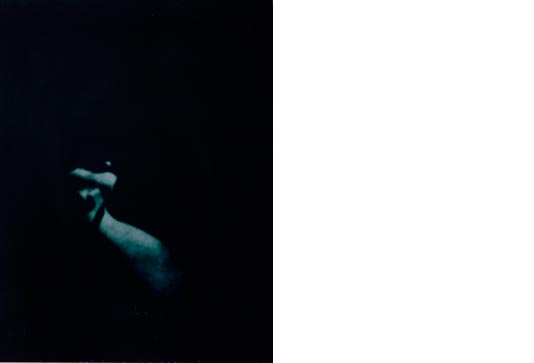 A crab‘s claw against a blue background. On 32 photographs the same claw, the same background, the same perspective, the same light. Nevertheless each picture is a little bit darker than the previous one, the claw seems to move to the lower edge of the picture until it disappears into the black. “Mise en Abyme – Photographic Derivatives“ is the title as well as the program of Catherine Maddrell’s series.

The analogously developed sequence of pictures shows a special interlacing: A crab’s claw is photographed in the exact proportion 1:1. This photography again (it is an instant picture) is displayed in the same proportion. As the borders of the taken picture correspond to the ones of the new photographs, it is not clear that the second photograph is a photograph of a photograph and not a photograph of a crab’s claw. This technique is applied as long as the original object has vanished into the color emulsion. Altogether 32 generations of photographs emerge, more precisely: derivatives of the original photograph. Due to the form of presentation, the actual intention of making the photographic itself visual remains concealed. The observer can notice the gradual change of the presented object, the different phases of its metamorphosis.

A beautiful and interesting series which represents the photographic process as well as the possibilities of reproducibility by photography. 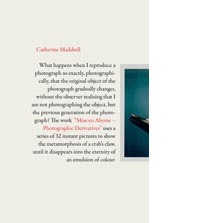