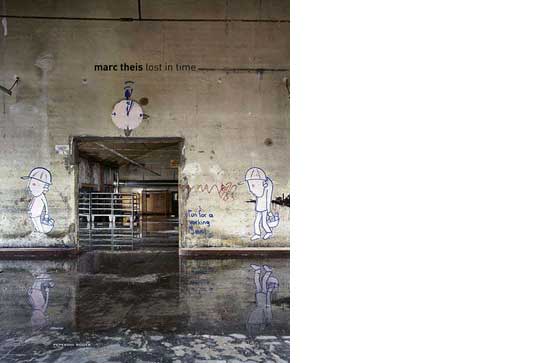 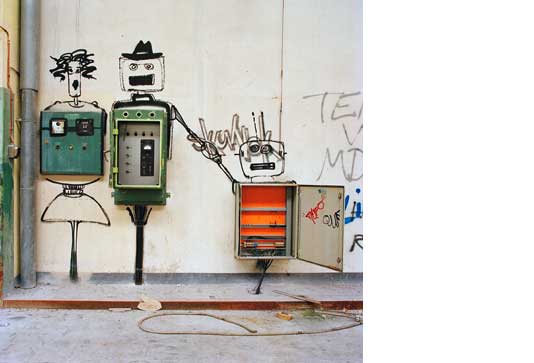 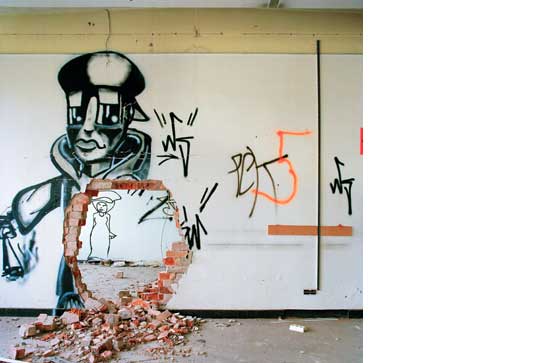 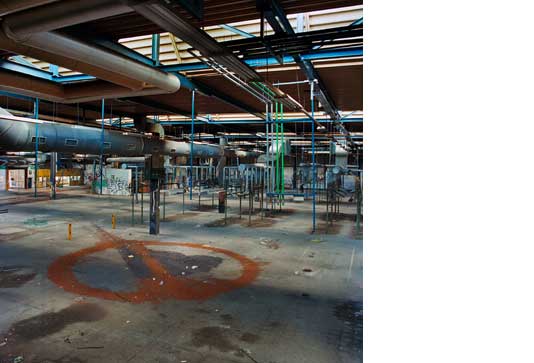 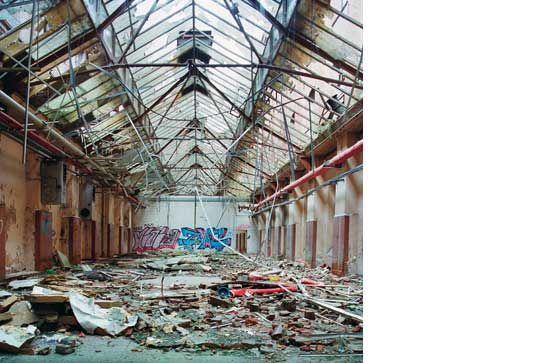 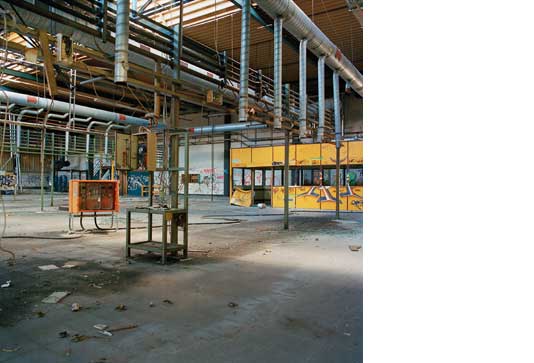 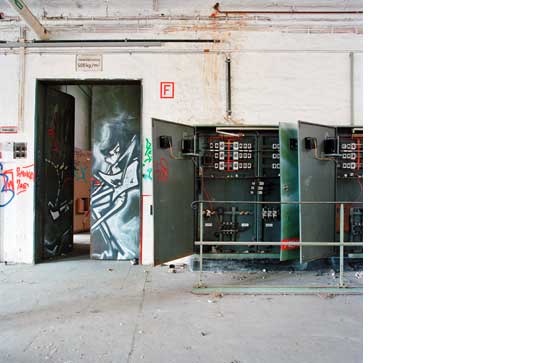 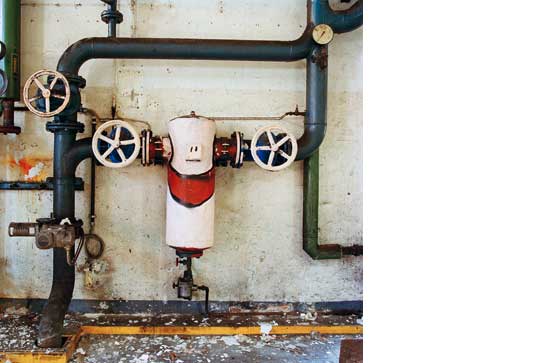 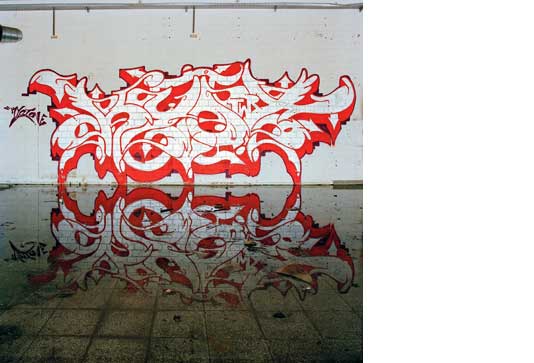 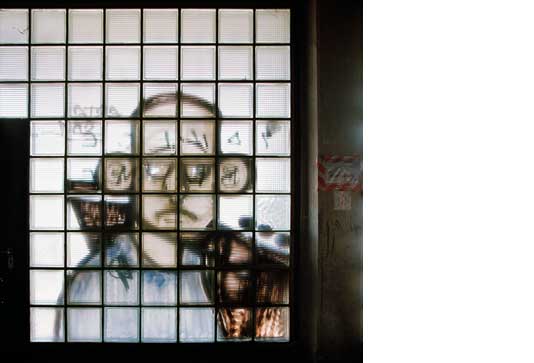 Not another industrial ruin, one is tempted to say. But this time the situation is different, because in the images, which Marc Theis has taken on the abandoned Continental-site in Hannover, the different time levels interlace to a peculiar dialogue of generations.

The Continental tire manufacturing plant in Hannover with over 30 halls had the size of a whole town itself and as the forth-largest tire manufacturer an enormous meaning for the surrounding region and the people living there.  But long ago the production came to a standstill and has been relocated to low-income countries. Marc Theis went on a discovery tour in the shut down factory and thereby came across anarchist traces.

Graffiti artists, actually interested in maximum public attention, have turned the sealed off plant into their playground. Between ruins, collapsed walls, pipes, boilers and left behind machines they have attached their tags and have let a new staff move in. The painted figures interact with the architecture and the left behind objects and comment them – funny, melancholic and obscene. The anonymous graffiti artists, members of the postindustrial generation, use the vacancy and the decay in order to send their messages – behind closed doors!

The artistically and atmospherically strong photographs by Marc Theis document this grotesque-poetic, ephemeral state which meanwhile has disappeared in time itself. All halls have been demolished by now. 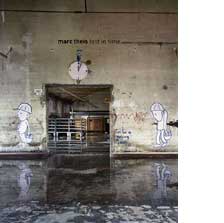