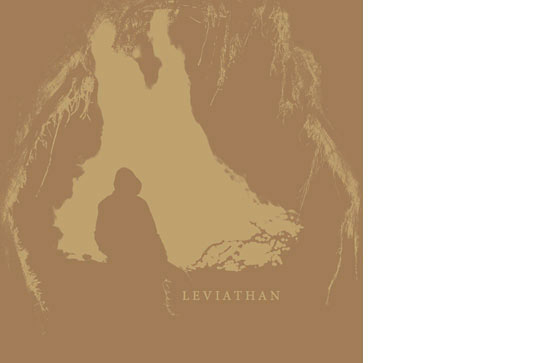 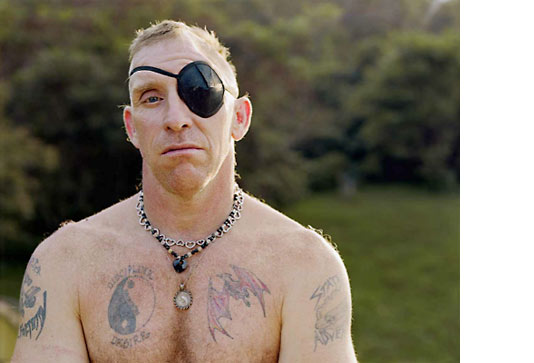 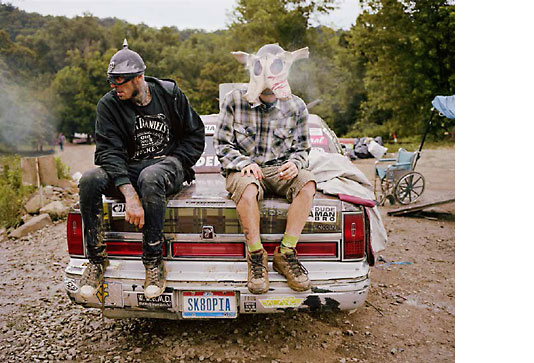 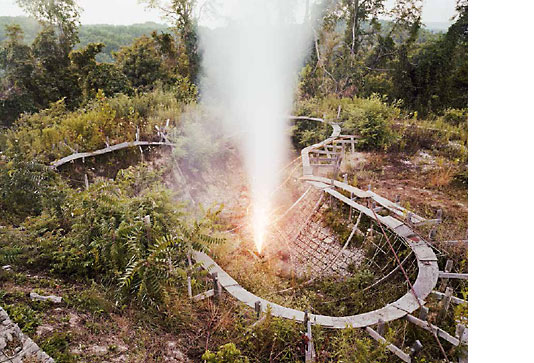 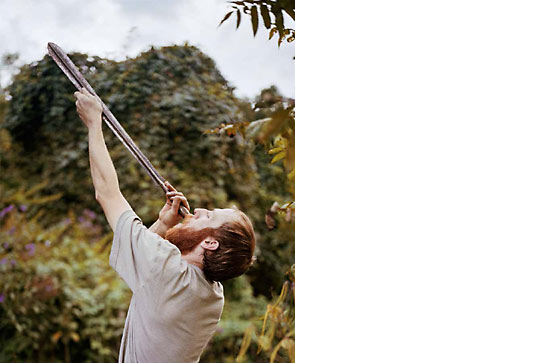 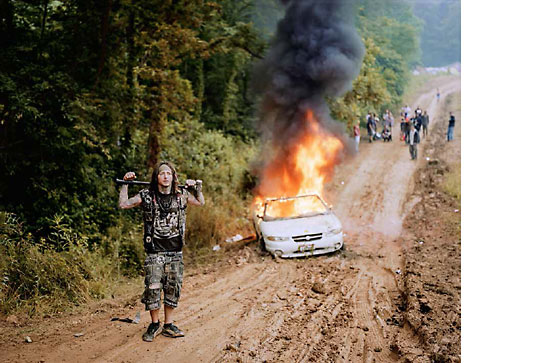 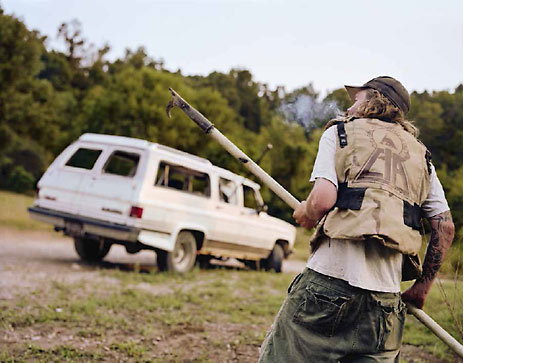 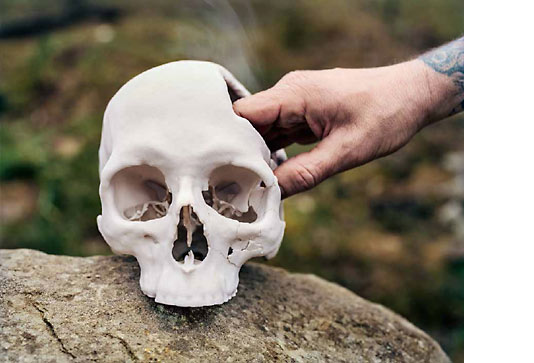 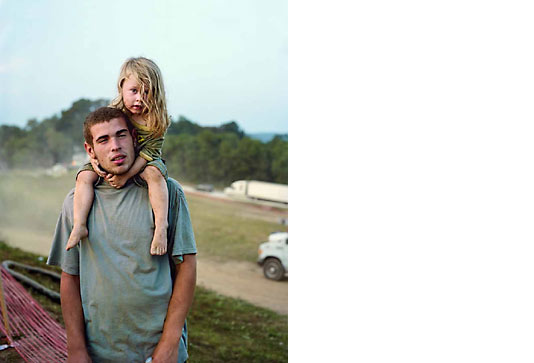 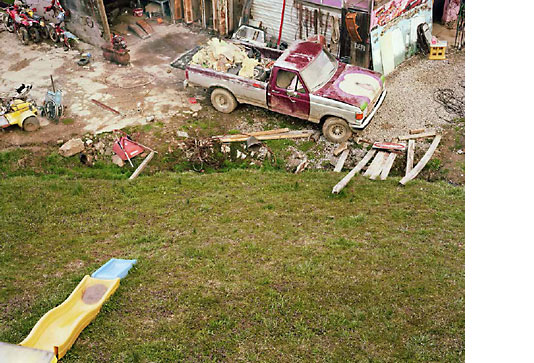 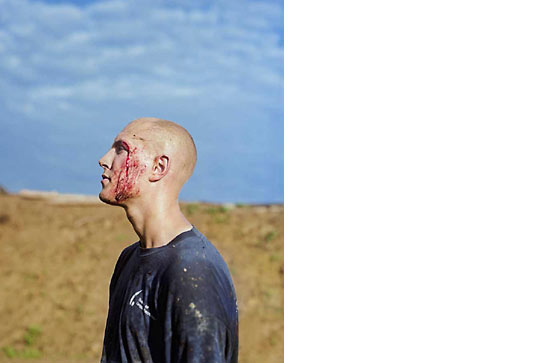 With ›Leviathan‹ American photographer Morgan Ashcom has created a mighty strong book. Read what he says about it:

›As a teenager, I couldn’t wait to escape the farm where I grew up. I traveled with friends to cities and towns with no plan and very little money, making our way as we went: sleeping in cars, on a stranger’s floor, or pooling money for a hotel room.

Years later, between 2009 and 2012, I made the photographs in Leviathan which emerged from my experiences at a remote community in southeastern Ohio. Originally I was drawn to make these photographs because I saw the potential to reconcile two opposing scenes that I was familiar with. One was the urban skating culture I was part of for thirteen years, and the second was the rural farmland surroundings of my youth. While making these photographs, I realized I had found myself on another farm—a warped doppelganger of my childhood home. The identity of things seemed slightly altered and with this as my guide, I stepped away from my presumed knowledge of where I was.

Although these photographs were made in the rolling hills of Appalachia, themes of escape and confrontation with the unknowable on the sea began to appear in my pictures. Even the Appalachian Mountains looming around me got their name from the Native American word ›apala‹, or ›great ocean.‹ These subtle connections lie beneath the surface and their meanings are ambiguous.

The sequence of photographs in Leviathan suggests a subjective narrative where disparate cultures and geographies have converged. 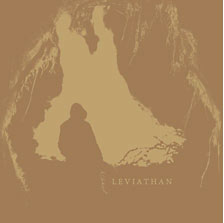