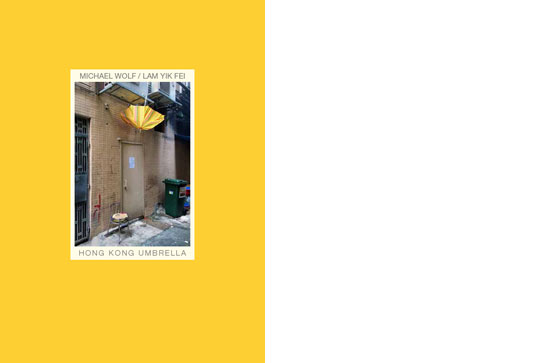 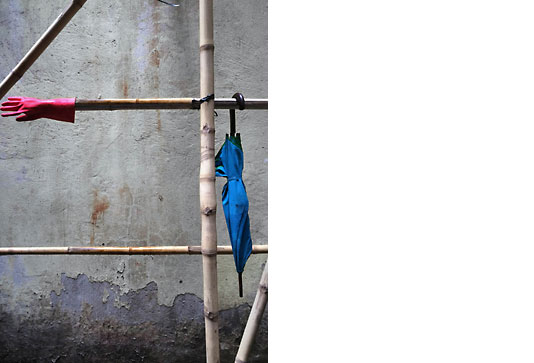 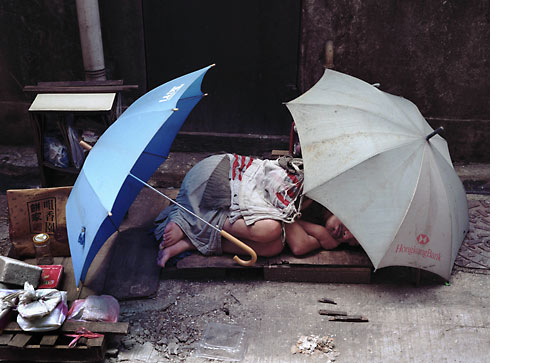 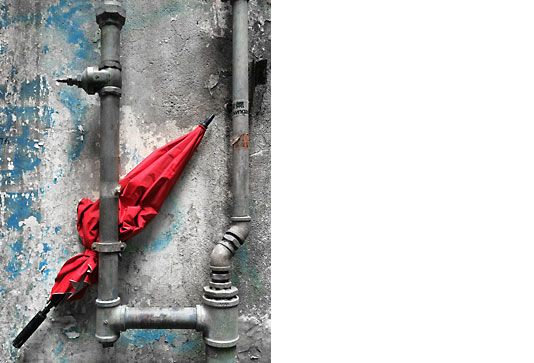 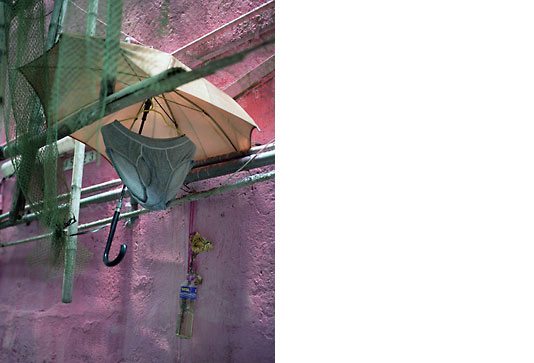 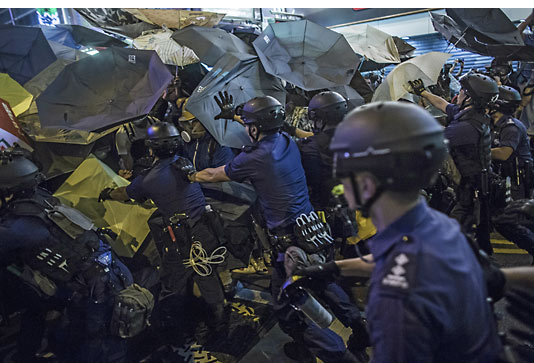 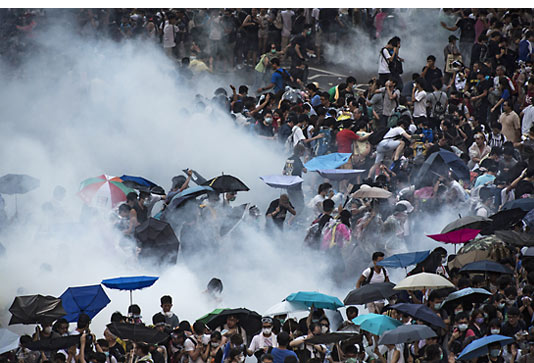 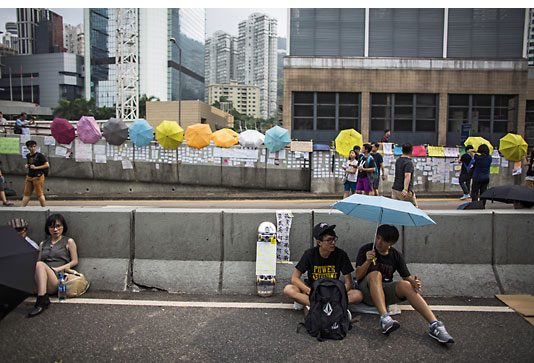 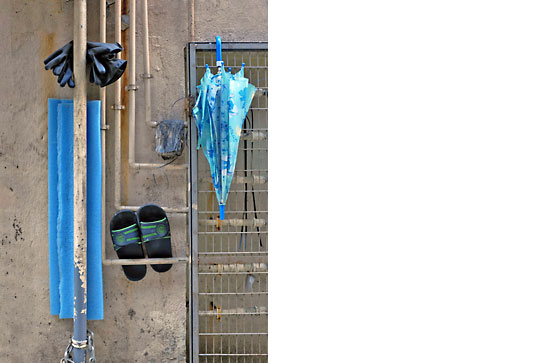 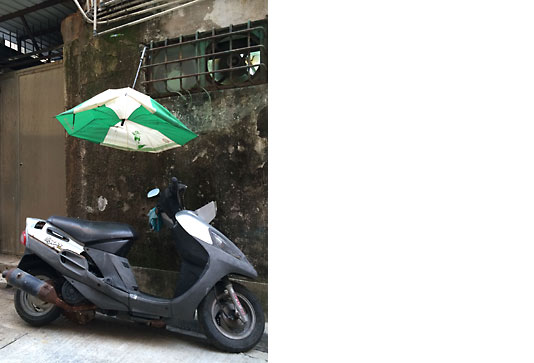 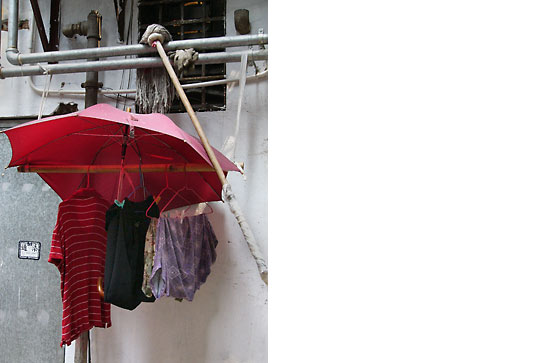 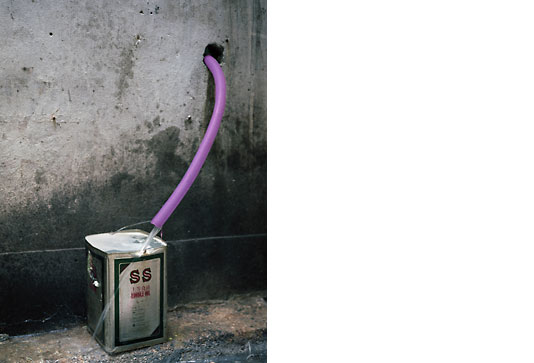 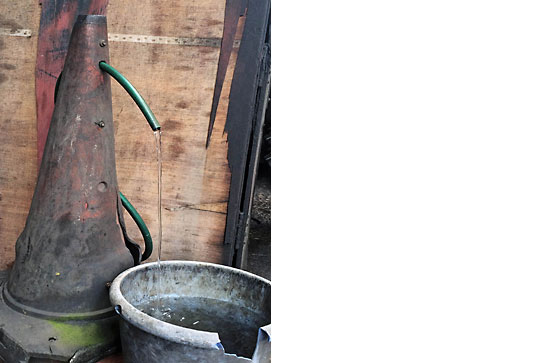 Hong Kong's rich vernacular culture is the subject of many works by Michael Wolf. In his new book HONG KONG UMBRELLA he turns his attention to countless umbrellas in the Back Alleys of the metropolis. Stretched and in all colors and patterns they lie, stand or hang everywhere, protect laundry, goods, market stalls and bikes or someone lies down underneath to have a snooze.

But as in September 2014 a young man in a crowd of protesters raised his yellow umbrella to protect himself and his friends against the onslaught of pepper spray being shot at him from the Hong Kong police, the yellow umbrella quickly became the symbol of the October Revolution and Occupy Central, the student movement, which fights for political freedom and the right for Hong Kong people to vote for their own leaders.

Lam Yik Fei has photographed the peaceful demonstrators and yet sometimes violent clashes with the authorities and as in Michael Wolf's Back Alley pictures the umbrella takes center stage here. Lam Yik Fei's images of the Umbrella Revolution therefore are incuded in this book.

HONG KONG UMBRELLA is the fourth of 9 volumes, Michael Wolf's Encyclopedia of street life in Hong Kong's Back Alleys. 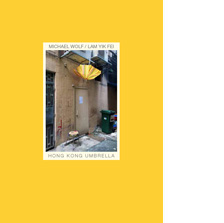