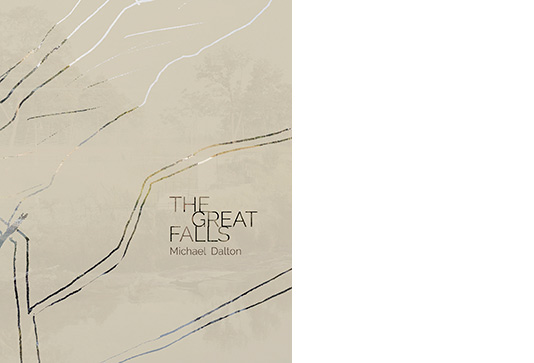 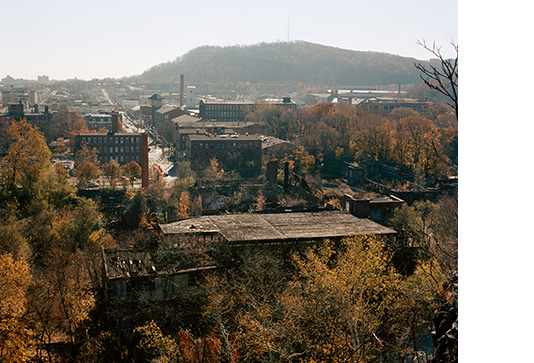 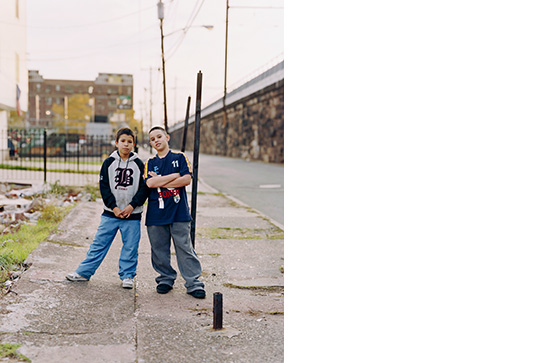 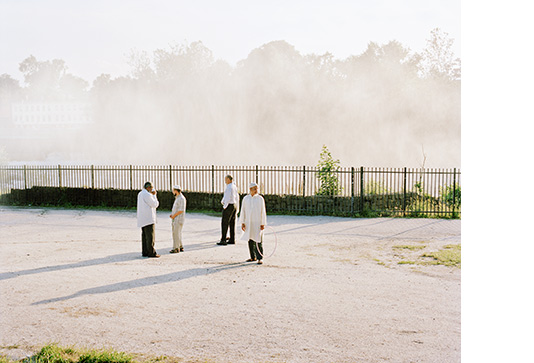 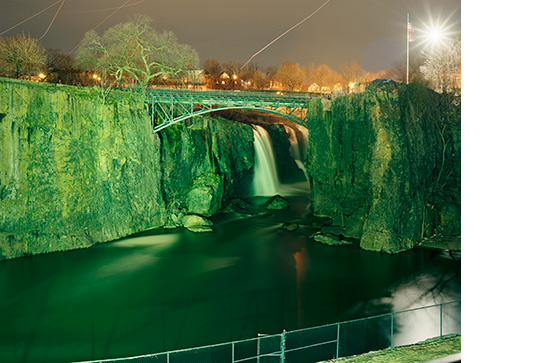 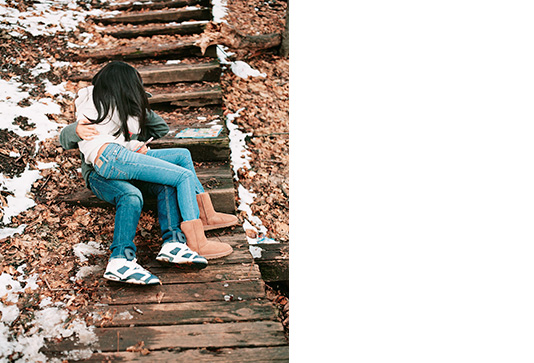 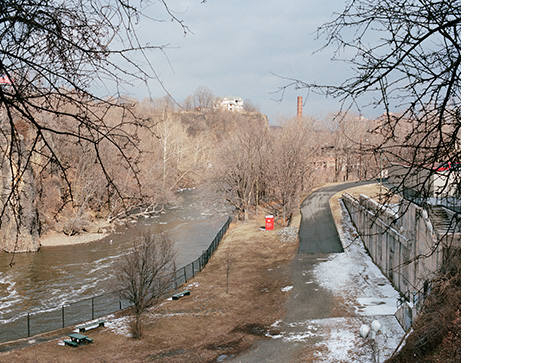 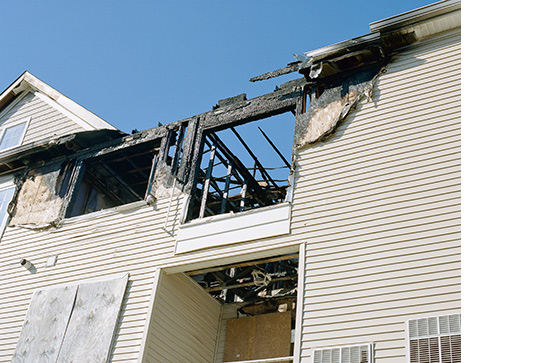 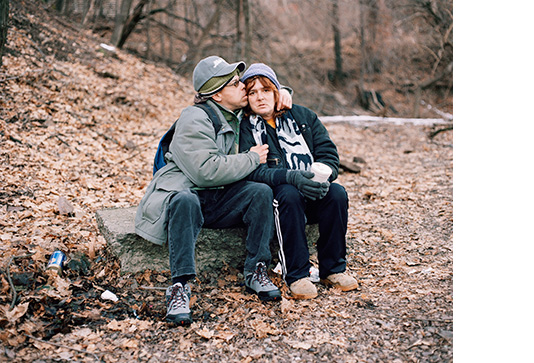 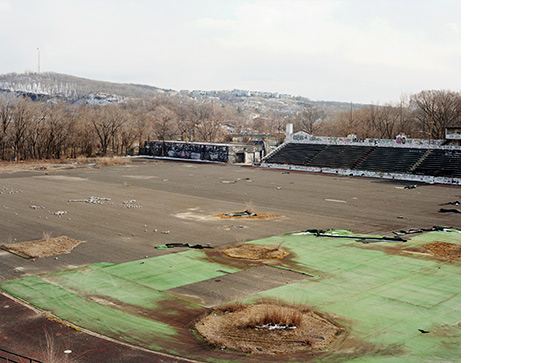 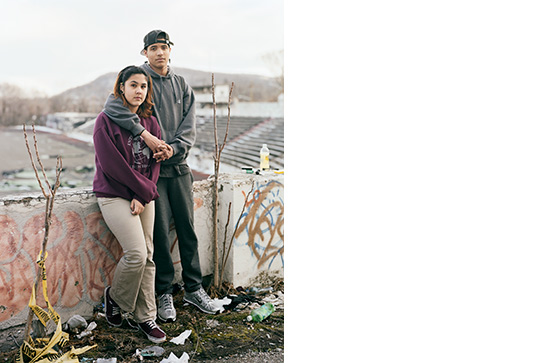 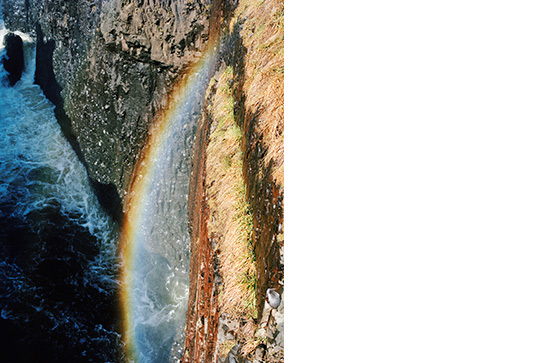 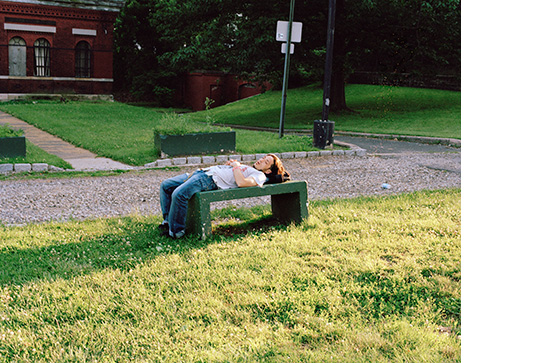 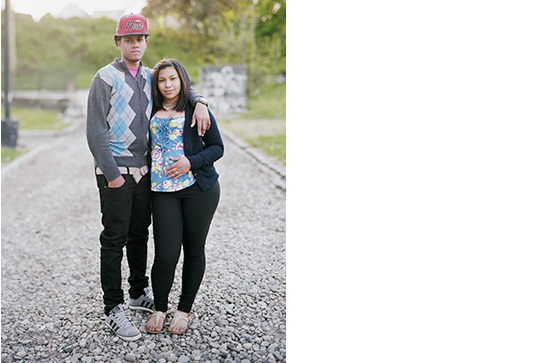 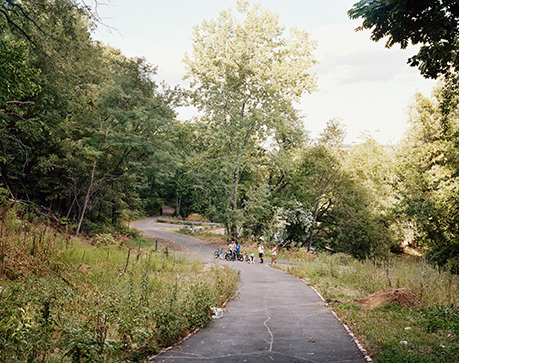 Paterson, New Jersey. 150,000 inhabitants. Once a city with a flourishing textile industry, but that is a long time ago. The factories are empty and in a state of decay, just like the stadium, waste lies around, in the park the scrub grows. The great waterfall rushes as always, but can no longer fulfill the promise of prosperity and grandezza. The advertising with his picture fades.

Paterson is not an isolated case, and there are many photobooks on the decline of American industrial cities. But Michael Dalton, who grew up in New Jersey and knows Paterson from his own experience, has found a different tone. He does not gloss over anything, but he also does not just depict the desolation in a fingerpointing way. His gaze is clear but also characterized by memory, melancholy, skepticism, and yes, also imagination and hope. For there are still people living here, those who have stayed, and those who are coming.

Two boys on the street, young and adult couples, people in the park, alone or in small groups. Not that they look particularly confident into the camera and into the future. But they are there, still have something to do, do not want to bounce back, support each other in a difficult time. Michael Dalton is very keen for this place and for these people and that makes his pictures so strong.

Susan Lipper is right when she says: ›It seems to me that a lot of the best photobooks come from both the mind and the heart. This is one of those.‹ 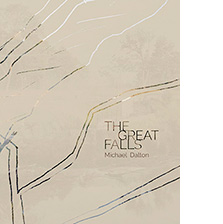