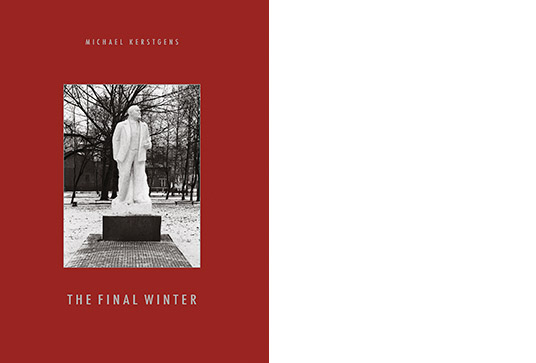 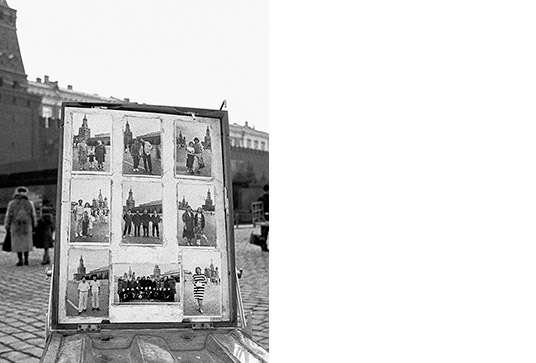 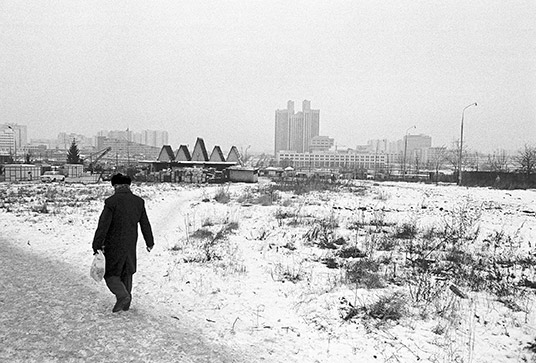 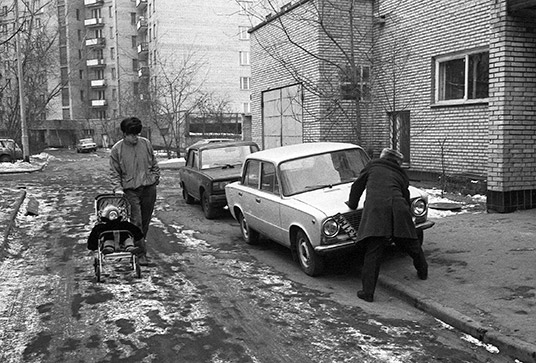 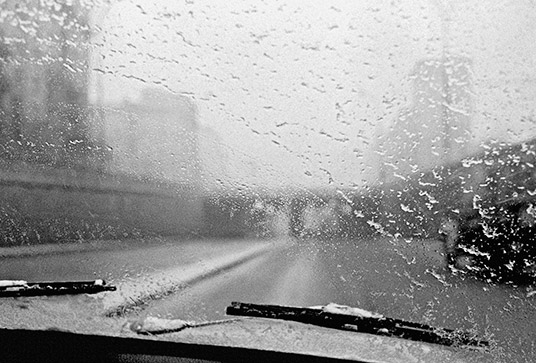 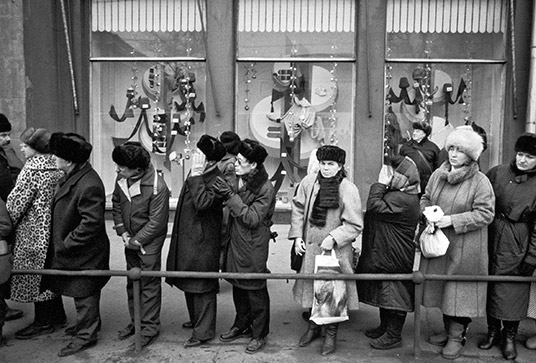 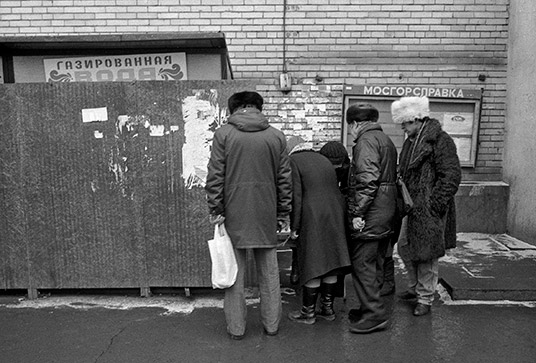 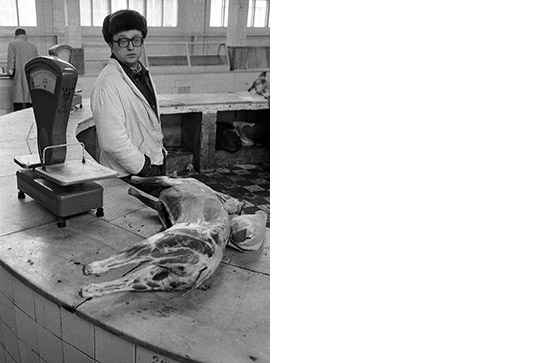 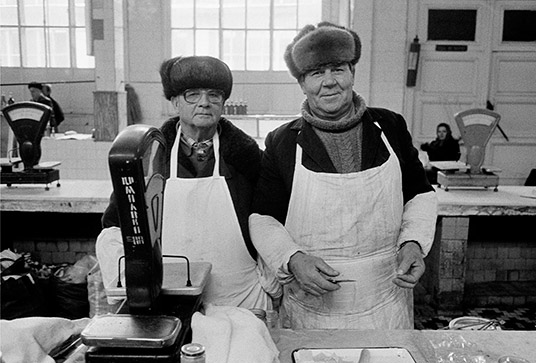 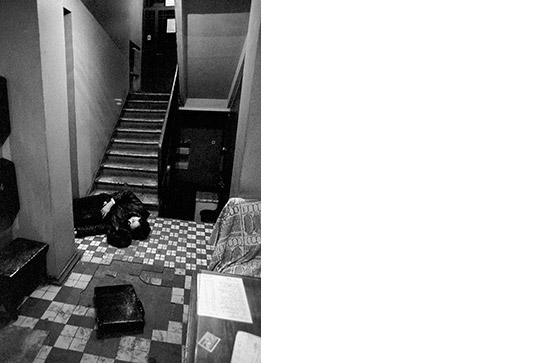 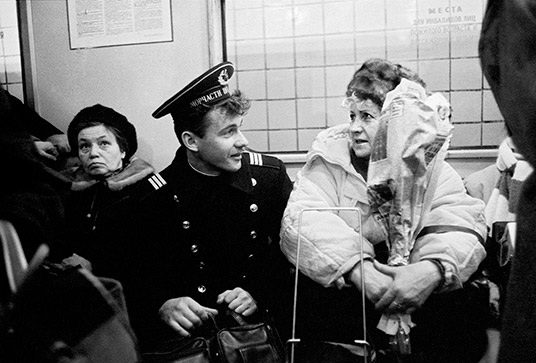 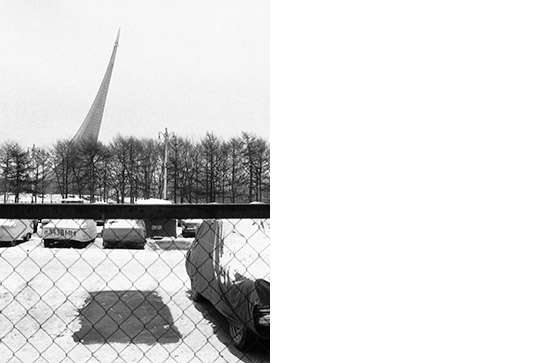 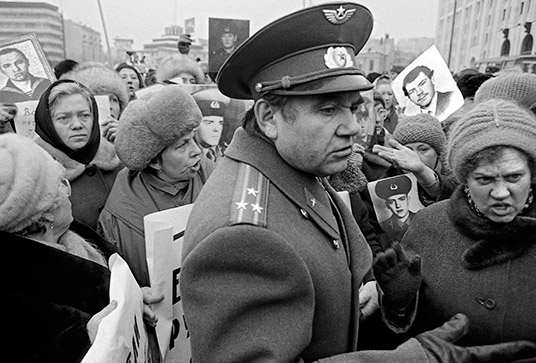 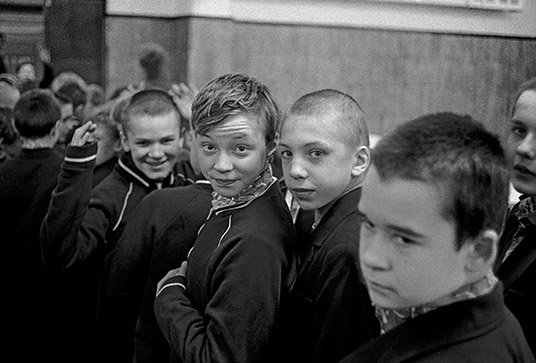 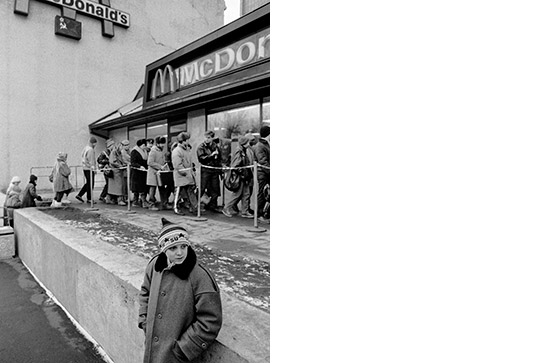 When the Berlin Wall fell in 1989, people celebrated in Germany and in many parts of the world. Less than a year later, the reunification of East and West Germany was sealed on the political stage. And again there was a celebration, with fireworks, historical speeches and the prospect of 'blossoming landscapes' also in eastern Germany.

At the same time further east the Soviet Union crumbled. The political chaos in the Soviet Union was the subject of reporting, but the dramatic consequences for the population were at least here in Germany buried in the jubilation over the reunification.

Michael Kerstgens traveled to Moscow in the winter of 1990/91 to photograph on location. Today he writes:

›Moscow in the winter of 1990/91, 73 years after the revolution. Supply has collapsed. Exchange economy replaces state monopoly. Everyone mistrusts everyone, one is the other wolf. Parents send their children to Moscow to steal food from the militia taken up and put into reeducation camps. Mothers of dead conscripts demonstrate against the harassment of superiors and the poor supply and equipment in the Red Army. A state and its institutions are falling apart. Mikhail GORBACHEV loses control of the state. It was the last winter of the USSR.‹

The images that Kerstgens made in Moscow on the street, in shops and visiting various institutions more than 25 years ago show the harshness, the desolation and the powerlessness, anger and desperation of the discouraged people.

As we know today, not everything has changed for the better since. In the EU the tensions between Western and Eastern European countries are obvious, the relationship with Russia has not been as problematic since long time. The look back into history, granted by Michael Kerstgens' book THE FINAL WINTER, therefore is highly up-to-date and very instructive. 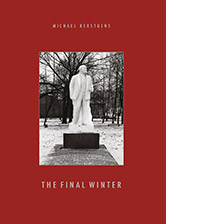