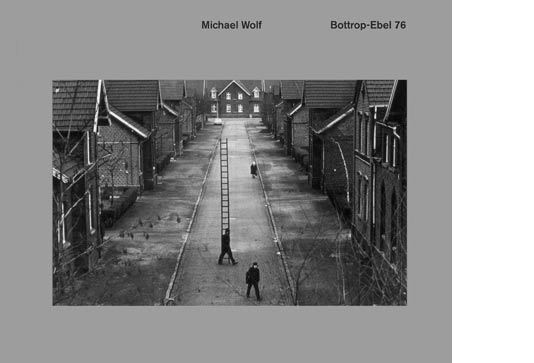 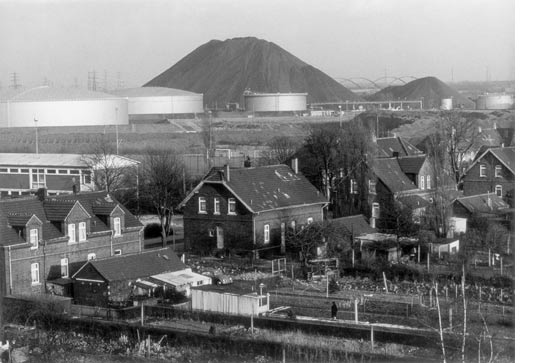 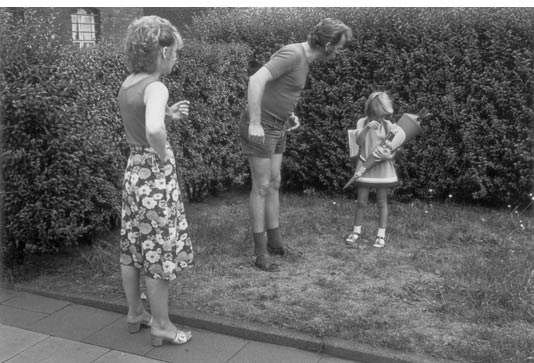 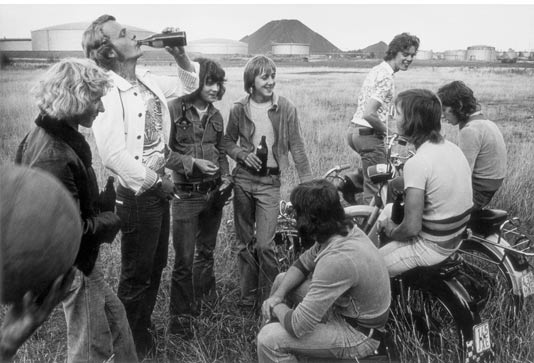 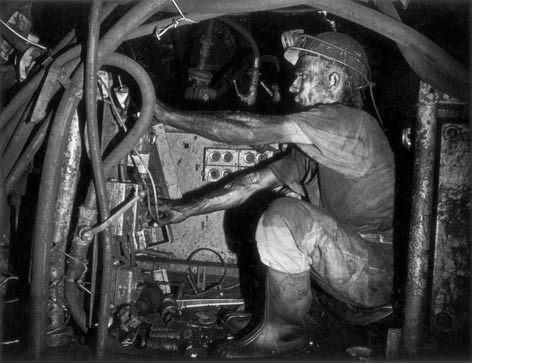 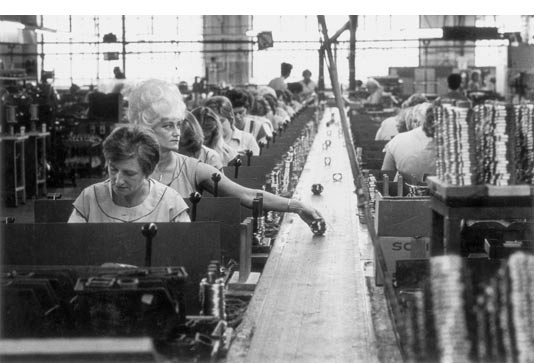 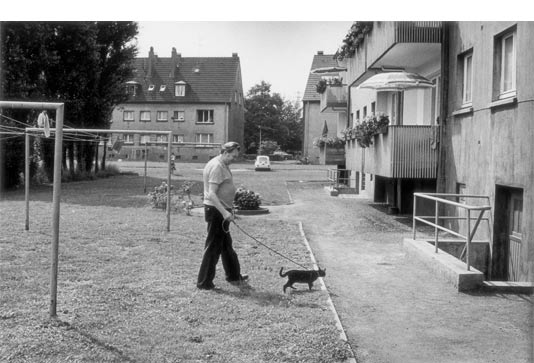 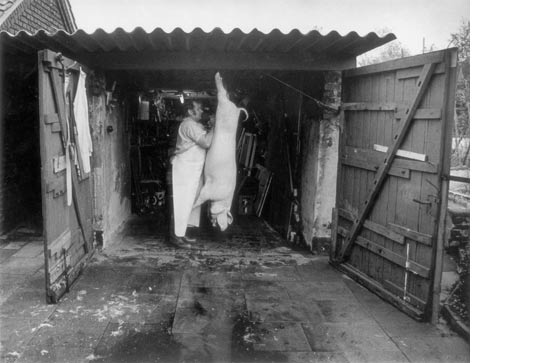 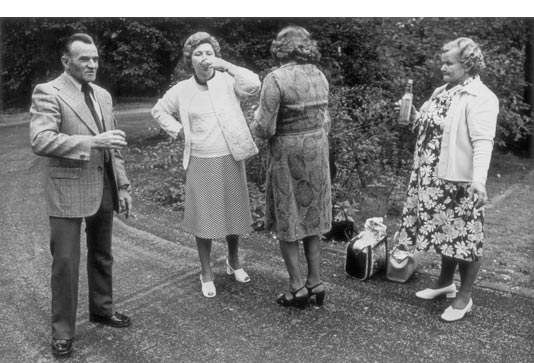 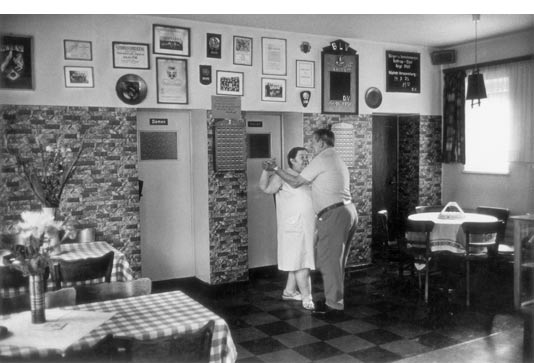 Michael Wolf is worldwide known for his work about ›life in cities‹ and some of the most significant series have already been published in books: ›Tokyo Compression‹, ›Hong Kong Inside Outside‹, ›A Series of Unfortunate Events‹ to mention a few.

And now ›Bottrop-Ebel 76‹ which is quite a different story. As a student Michael Wolf has photographed the series in 1976 in the small coal-mining village in the Ruhr-District, Germany and submitted it for the exam to his teacher Otto Steinert at the Folkwangschule in Essen - at that time as a classical social documentation sorted by categories such as ›building types‹, ›working population‹, ›youngsters‹ or ›festivities and associations‹. Now with the distance of more than 35 years the work has been looked through carefully again and put together for the book in a much more free manner.

Michael Wolf´s curious, compassionate look aims at the milieu and hits right into the heart. When a little girl on her first school day is told off by her father because she does not pose as requested for the photographer, when teens drive their bikes to the outskirts to drink beer and to try out the approach to the other gender, when a group of people in their sunday clothes drink booze on the street before the bus picks them up for a joyride or when an old couple in everyday clothes and slippers dances a last melancholic waltz in the pub, the physically perceptible emotional intensity just takes my breath away.

›Bottrop-Ebel 76‹ is a magnificent study about the typical Ruhr District milieu at times of the already starting structural change. But at the same time and more than that it is an epic about life itself which makes comprehensible how people of different generations - alone and in community - struggle, worry and care. 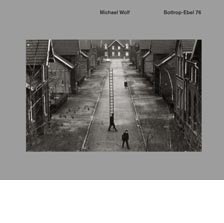