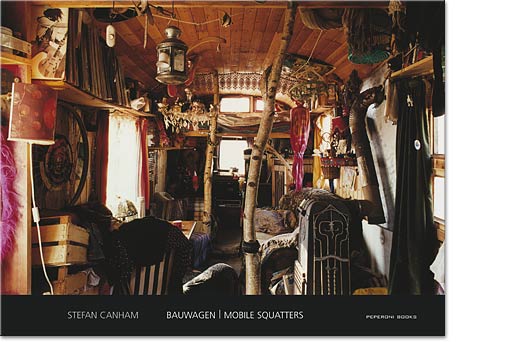 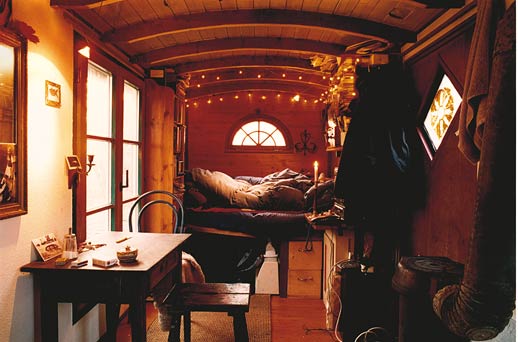 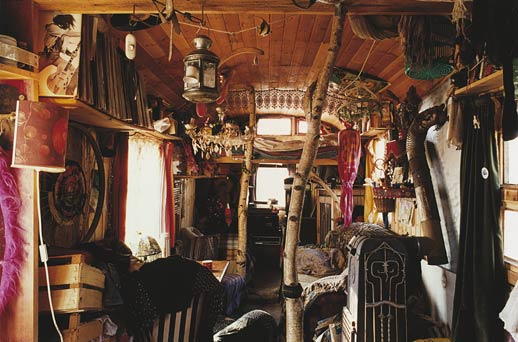 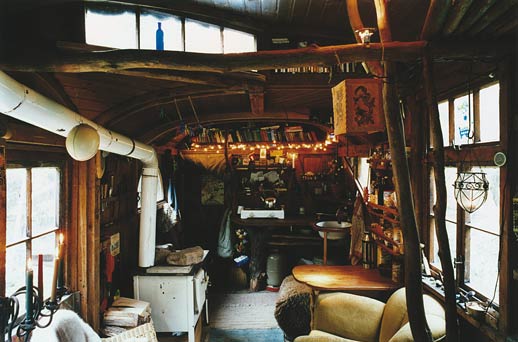 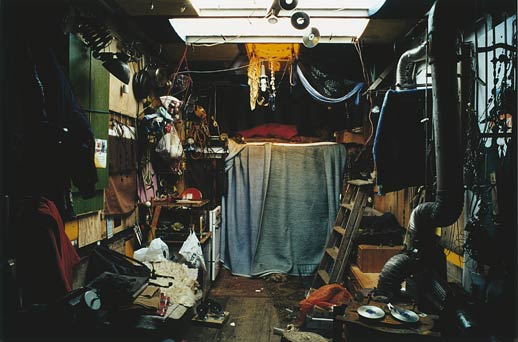 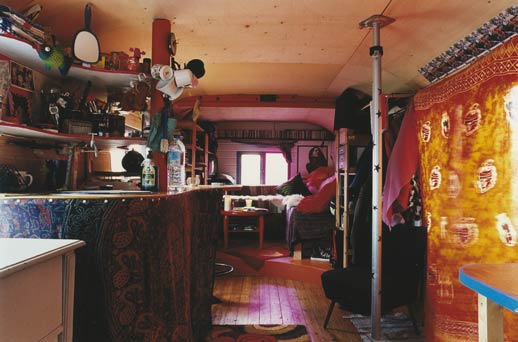 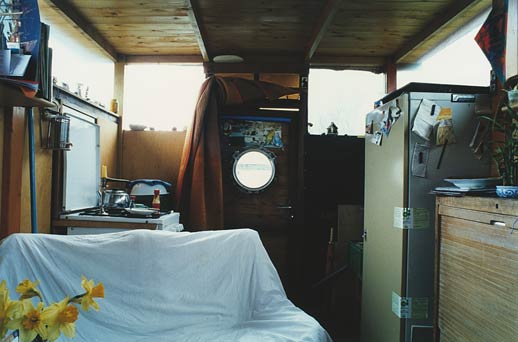 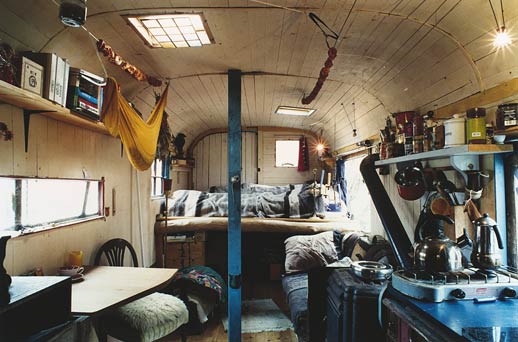 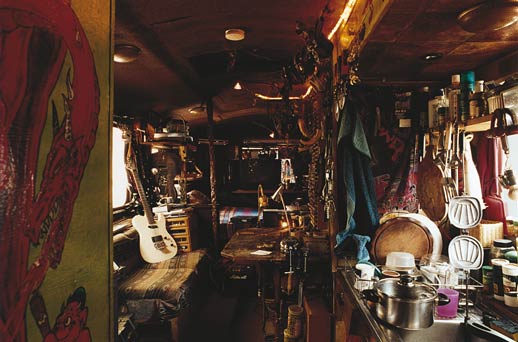 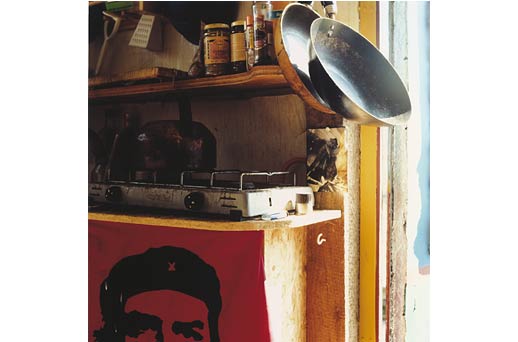 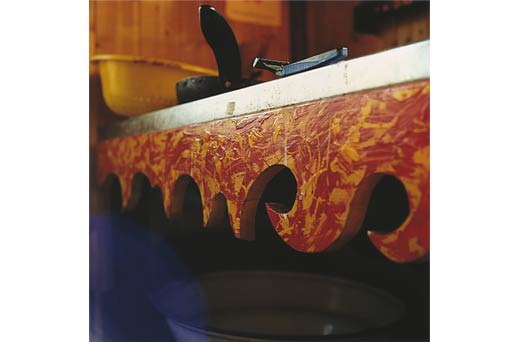 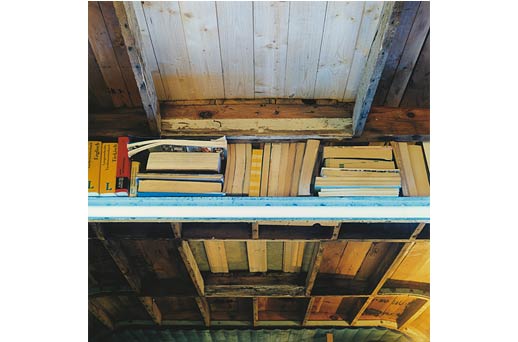 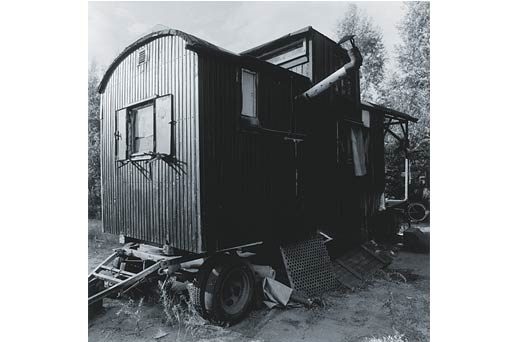 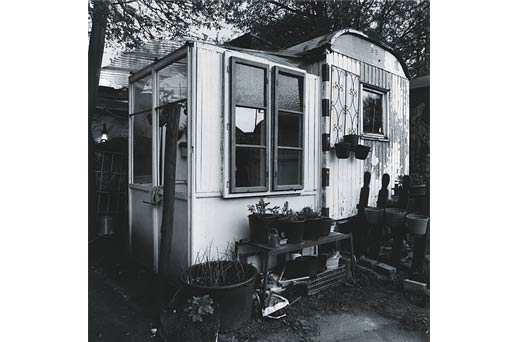 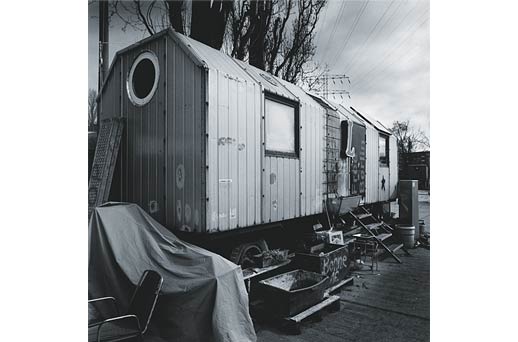 In the 1980s people began to use “Bauwagen” (trailers originally produced to accommodate workers on building sites), circus wagons, lorries and busses to occupy quite often potentially valuable but disused plots of inner city land. Today there are around one hundred “Bauwagen”-sites in German towns and cities, from Flensburg up on the Danish border down to Tuebingen and Munich. There may be as many as ten thousand people living in “Bauwagen”.

In my photographs I try to understand these improvised but permanent homes as an urban architectural phenomenon. The interior views are all taken from a central point of view: in these pictures you can compare the possible variations within a severely limited set-up (a “Bauwagen” is an oblong box about two meters wide and between three and ten meters long, with a curved roof). The inhabitants – just as many women as men – are students, apprentices, pupils, musicians, actors, Tai Chi teachers, gardeners, punks, hippies etc., a very heterogeneous group who nevertheless define themselves as a community through their mode of living. Accordingly, the interior designs are extremely varied.

In contrast to the closed and private universes of the interiors, the exteriors are harsh: “Bauwagen” are alien elements wedged into the city’s structure, improvised out of rundown vehicles, wooden beams and beautiful window-frames scavenged from demolished buildings, metal sheeting, styrofoam, tar, and just plain debris. Since they lack cellar and attic, the outside is used
as storage space. “Bauwagen” are an architecture without, growing from the inside out, spilling their guts onto the wasteland. 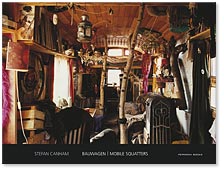