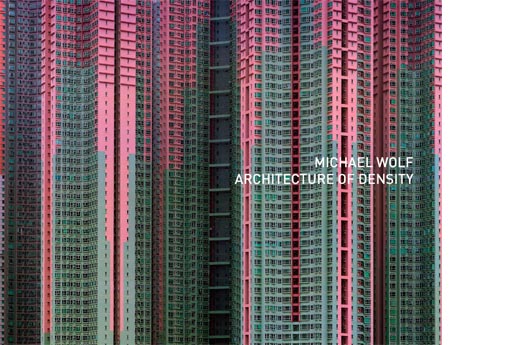 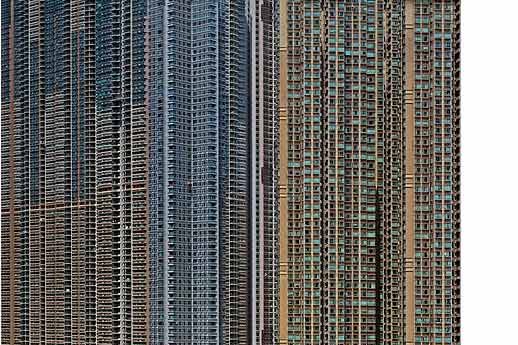 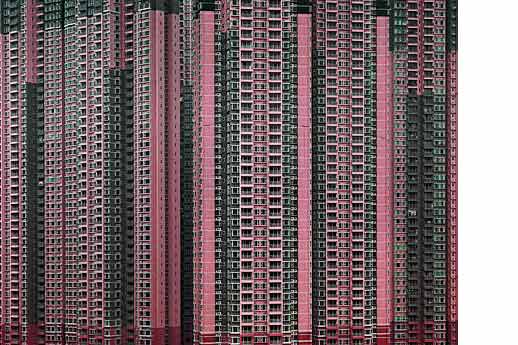 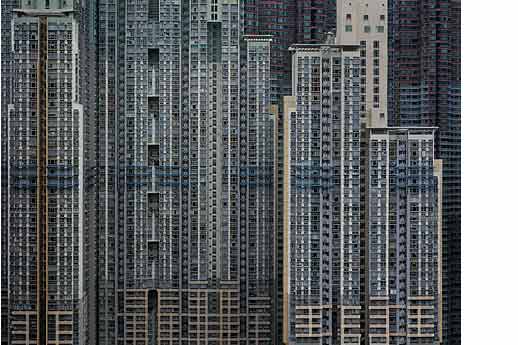 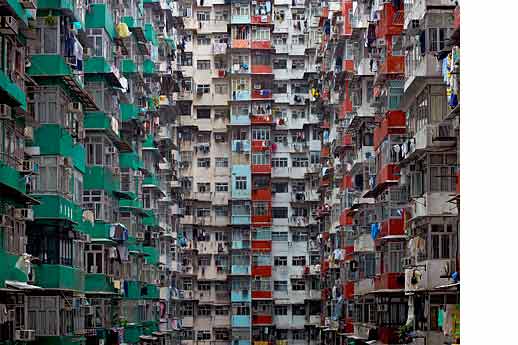 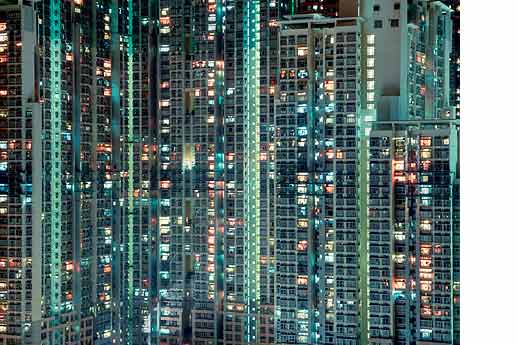 This book has been published before as part of the two-book set "Hong Kong Inside Outside“, which is completely sold out. Now „Architecture of Density“ comes in a new edition as a stand alone book.

Focused on the specific visual elements Michael Wolf has depicted high density living in one of the world’s most crowded cities like nobody has before. For ›Architecture of Density‹, Wolf fashioned a distinctive style of photography. He removes any sky or horizon line from the frame and flattens the space until it becomes a relentless abstraction of urban expansion, with no escape for the viewer’s eye. Wolf photographs crumbling buildings in need of repair, brand new buildings under construction covered in bamboo scaffolding, as well as fully occupied residential complexes. Wolf’s disorienting vantage point gives the viewer the feeling that the buildings extend indefinitely, which perhaps is the spatial experience of Hong Kong’s inhabitants.

Alert observers can also spot many traces of life on the facades, caused by inhabitants and users. 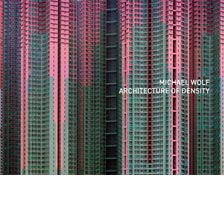